This series of posts may lead you to believe that I am always looking at lighting and that would be a false impression.  I also look at billboards for injury attorneys, the back of the airplane seat in front of me, the speedometer, the GPS.  I usually do not set out intentionally to look at light.

But sometimes it just happens, and I call that not sightseeing but lightseeing.

For example, the video above is of a parking deck just outside the DuSable Museum in Chicago.  We were finishing illuminating a groundbreaking exhibit when I walked out to my car and caught a beautiful sight.  Yep, a parking deck.  The designers placed large reflective tiles on pegs, allowing the tiles to undulate in the wind like those disc-billboards from a couple decades ago.  With the lower half of the sky orange with sunset and the upper half of the sky still blue, the effect was stunning.  There is both warm and cool.

We spend a lot of our time with “different” white lights without really paying much attention.  Sometimes we notice, like after sunset when most of the world appears blue against the orange of a horizon.  There is something much better about having both kinds of light in this photograph.  Imagine if the orange was gone. 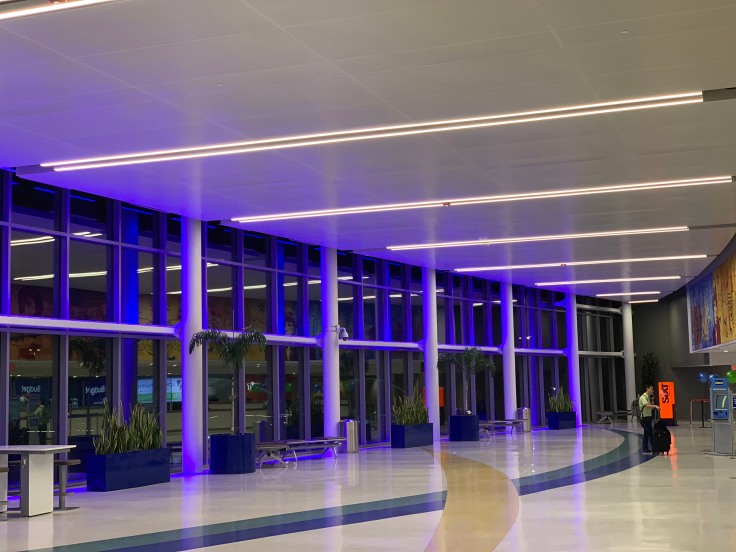 A mixture of warm and cool light can be used indoors as well.  This is a rental-car area in an airport somewhere, maybe San Antonio?  The blue light is an interesting accent and looks good complimenting the white light from above.  It is having both that makes this a groovy space. 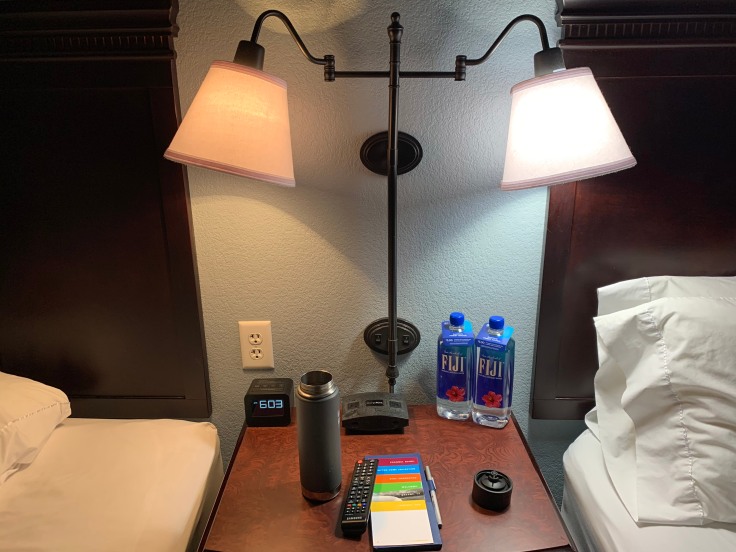 Sometimes having both just doesn’t work, like in this hotel room.  This kind of lighting carelessness drives me nutty and gives “cool” light a bad name.  Or “warm” light; there is personal preference involved as well as some science. 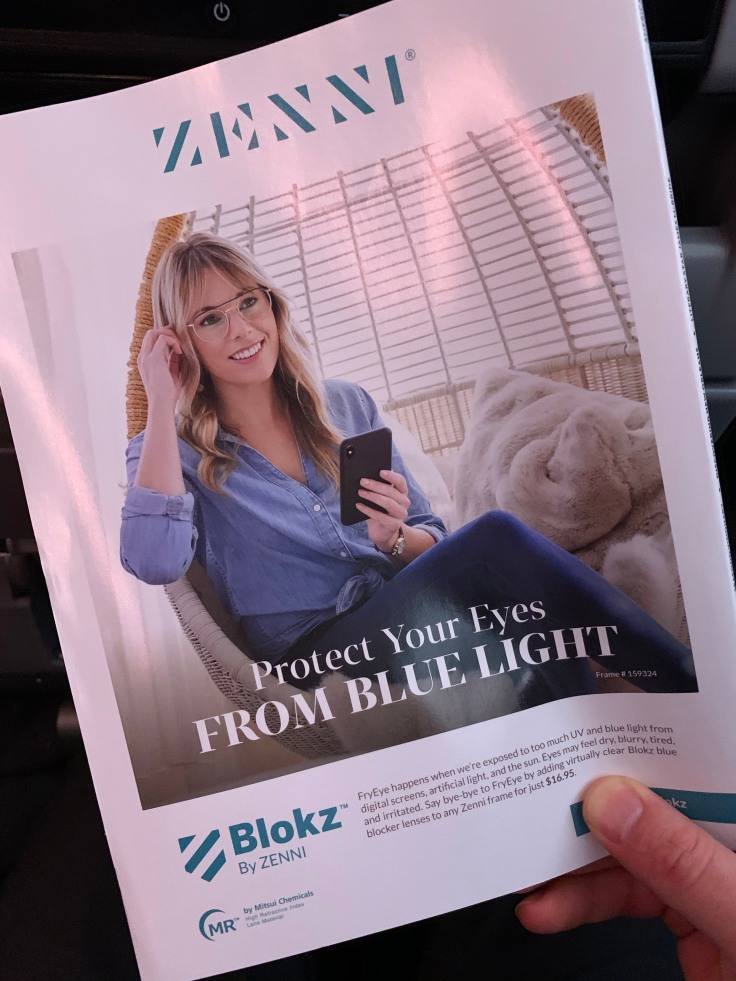 There is even a war on blue light, as shown on the back of an airline magazine.  Be careful, protect your eyes from blue light and “FryEye!”*

Now I’ve got the blues.

One thought on “Lightseeing Blues”