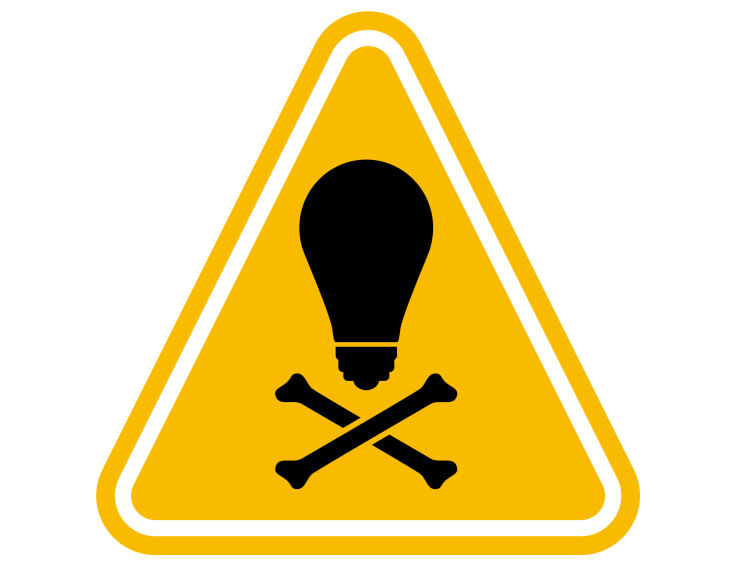 The most common lighting malady I diagnose is CFLS, or Ceiling Fan Light Syndrome.  Statistically speaking (and I am completely making this up), CFLS affects three of every four Americans at some point in their lives.  If you or someone you know is suffering from CFLS, please contact your designer immediately.

One common side effect of treating advanced CFLS is 4CnF Syndrome, or 4 Cans and a Fan Syndrome.  It affects a smaller percentage of the population but is rising along with other diseases of the affluent like MPSITS (My Parking Spot Is Too Small).  I can’t help you with that one, but I am board-certified to treat 4CnF (another made up fact).

I feel your pain, because I used to have 4CnF myself.

Okay, you’re saying, enough of the comedic attempt.  What are you talking about?

Light can help you in every room of the house, and the bedroom is no exception.  If you are fortunate enough to have more than just a ceiling fan light kit, you may have four evenly spaced recessed downlights (also called cans) in your ceiling. 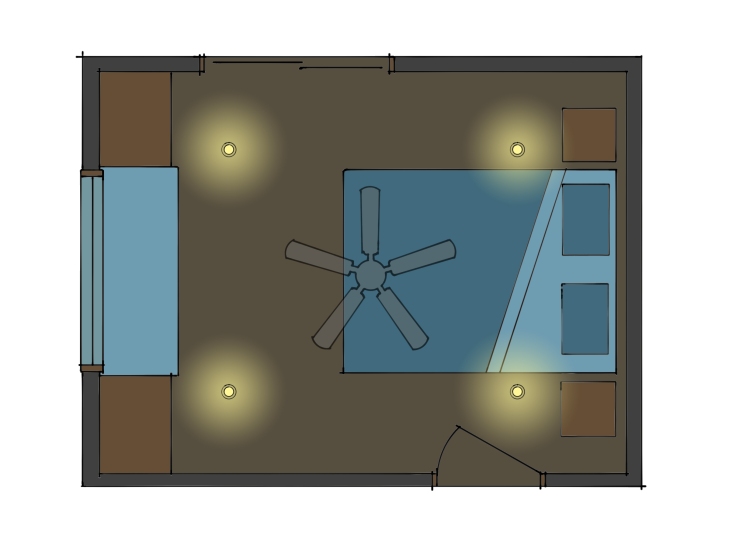 The four recessed downlights are usually placed in a very nice geometric layout that looks symmetrical and tidy on a lighting plan like this one.  The idea is that the four downlights with appropriate beam spread will “light the room.”  The reality, however, is that they really just light the floor.  If you’ve read my downlight posts, you know I hate wasting light on the floor.  Sure, it is great for vacuuming, but serves very little utility otherwise.  It leaves the dressers and bed in shadow while putting glare in your eyes if you are reading in a chair.

My first remedy for 4CnF was to push the recessed downlights further into the corners, typically 18″ or so from the walls.  This results in a nice splash of light in what would otherwise be the darkest area of the room.  It moves more light to the perimeter where we most often place furniture.  This approach also puts a little light on the walls, which makes it more pleasant and less cave-like.

Today, thanks to a cutting-edge medical breakthrough (called “better design”), I use a different treatment to fight the symptoms of 4CnF.  Instead of lighting floors and corners, I light stuff we want to see.  This approach probably sounds smart, but you might be surprised and the electricians, architects, builders and homeowners who resist this treatment.

Lighting is not about ceiling geometry, it is about light.  So instead of digging in for symmetry, try this instead.  Take a look at your room or plans.  Figure out where you need light, and put it there.

I may still use four downlights in a room.  Now, however, they are more often centered on walls where artwork might be displayed, concentrated near the head of the bed for art and reading, placed in rows for wall-washing that also illuminates drawers or over a window seat.  A fully layered bedroom might also have good bedside lamps, soft ambient light from a cove above and even low-level light for navigating while preparing for bed.

I wish treating all afflictions was as easy as treating 4CnF and CFLS with my Red Velvet Cake Theory.