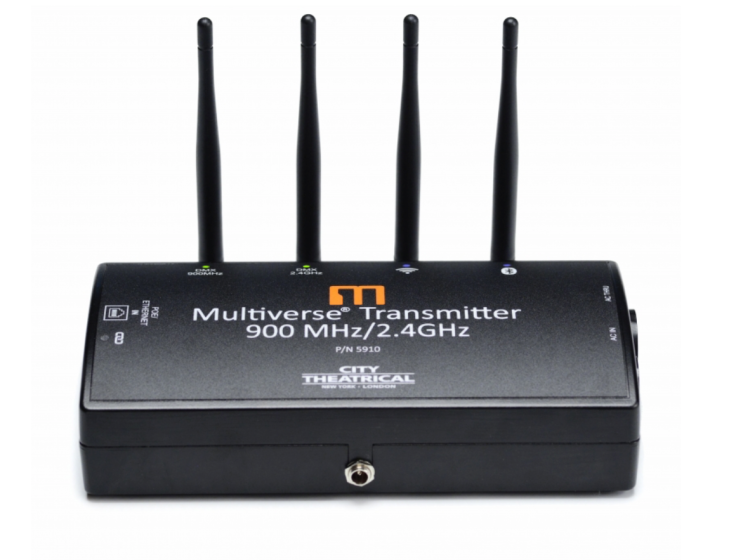 Earlier in my career I saw theater and architecture as two separate worlds.  In one world I got to use cool control systems, color-changing lights, and mood-setting scenes.  In the other world I got to use brilliant spotlights and broad wash lights.  At some point I realized I was borrowing tools and techniques from theater to solve architectural problems, and architectural solutions onstage.  I started calling myself a convergence designer because I didn’t know what I was.

The pace of crossover has accelerated and the realm of architectural lighting control is a constant point of impact.  The jump into Wireless DMX is what today’s post is about, so if your eyes glaze over at acronyms and geeky stuff, this is another post to skip.

I was thumbing through a recent issue of a theater and performance lighting design trade magazine when I saw one of many recent advertisements for City Theatrical’s Wireless DMX products they call Multiverse.  For those unfamiliar with the world of theatrical control, DMX is a decades-old “language” that lighting controllers use to tell dimmers, moving lights, fog machines, and other effects what to do.  When I push a button on a complex lighting control console, a little translator turns my button press into a signal packet that is transmitted over DMX cables to the equipment.

Multiverse is one of many theatrical products that is doing the same thing, but without the wires.  It’s a cool product because one “universe” of DMX can control 512 channels, and Multiverse can control multiple universes- far more channels.  There are a lot of Wireless DMX products out there, but I am most familiar with CityTheatrical from years of working with their other products.

Here’s where it gets interesting.

The next magazine I picked up was an architectural lighting trade magazine- a magazine that is very different from the theatrical rag.  And inside?  An advertisement from CityTheatrical for Multiverse.

This time, CityTheatrical was touting their OEM component for Multiverse.  Put this chip in your recessed downlight, track light, landscape light, chandelier…and suddenly you have a Wireless DMX receiver inside.  That makes it easier for manufacturers to get into the Wireless DMX game, today.

Will Wireless DMX triumph over other control protocols?  Here’s two reasons why it might:

I have 1000Mbs internet to my home, or Gig internet.  I plug it into a wireless router, which then sends the signal out throughout the house- but it is slower than the wire can handle.  It would be faster and more reliable if we ran wires to all of our computers.  But can you imagine sitting down on the couch and trying to plug in your phone to wired internet so you can surf on your network?  Nope.  We’d rather have slower internet than have to plug in.

Homes have resisted wireless lighting control for good reasons.  In the past it has been slower and less reliable, and no one wants to hit a light switch and have nothing happen.  But as that changes, as we purchase Philips HUE bulbs or LIFX or Alexa that talks to our toaster, we’re embracing wireless communications in everyday objects.  Why not lighting?

There is another huge reason wireless may win over wired, and that is sheer economics. There are 650,000 new homes sold in the United States annually.  In those homes it is relatively easy to run control wires everywhere if you want a smart home.  But there are well over 100 times that amount of existing homes where running new control wires would be incredibly expensive and disruptive.  If wired wins in 100 new homes but wireless wins in 10,000 existing homes, it’s easy to see why companies will be tempted to go wireless. 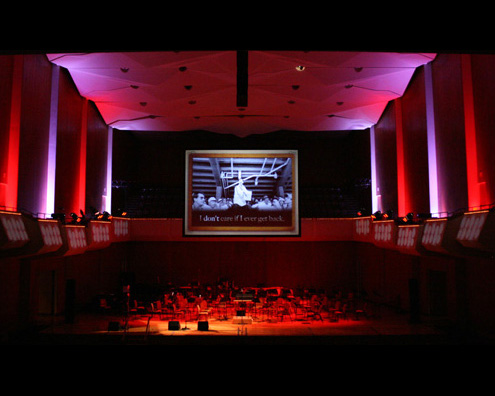 Now, theater is moving into wireless.  And live theater, television, concerts, and performances have zero tolerance for failure.  Everything has to work perfectly, every time.  So if Wireless DMX becomes reliable enough for use in U2’s concert tour or NBC’s New Years Ball Drop, it’s probably reliable enough to turn on your bathroom light.